VPN: Reliable and private extensions in your office

By: Ruchir SEO
In: FINANCE
Tagged: VPN: Reliable and private extensions in your office
With: 0 Comments 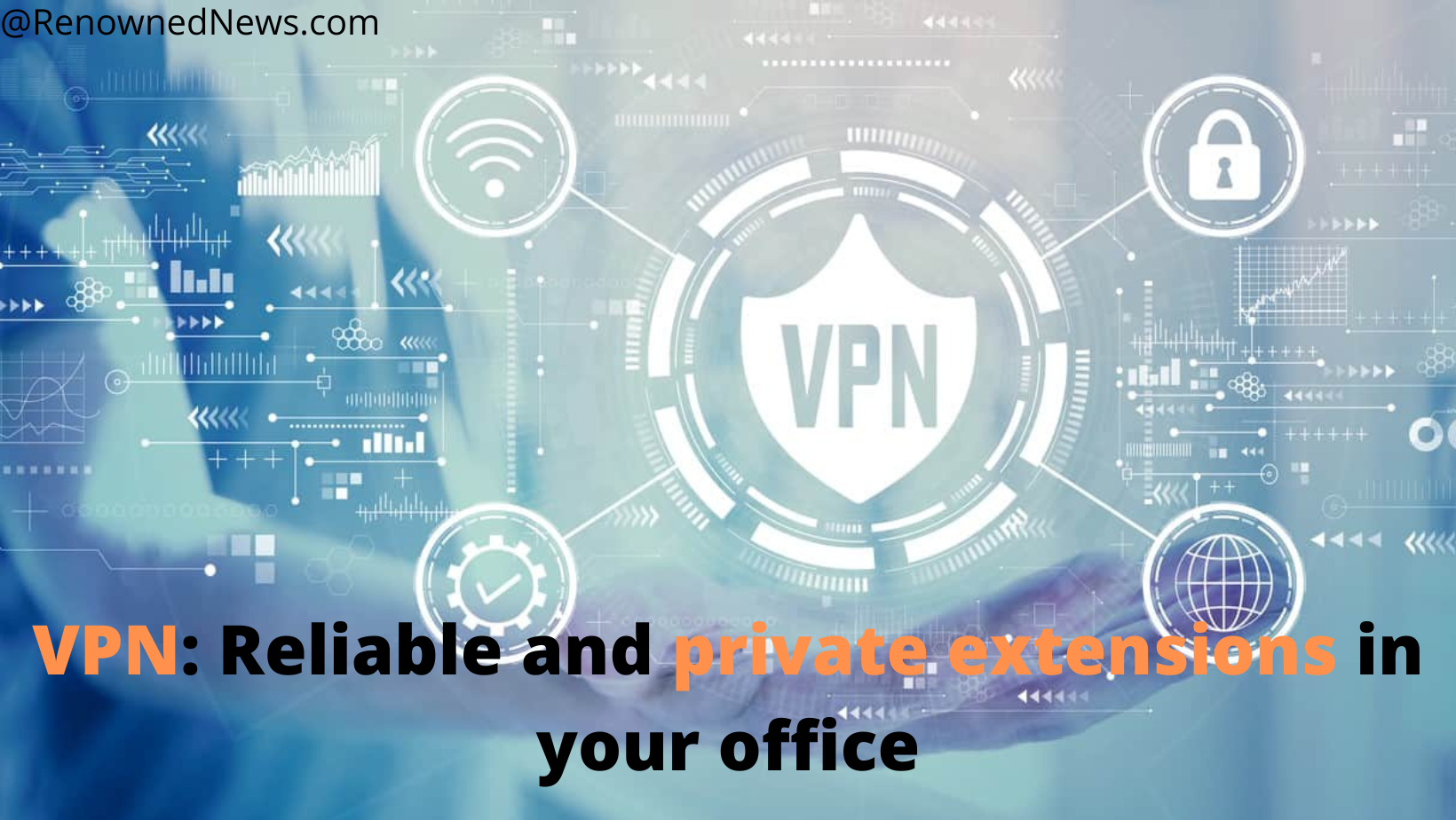 The term telecommuting or remote work has become very fashionable in recent times. Imagine that your employees do not need to be at the physical headquarters of your company to guarantee their work. Without a doubt, it is a highly viable alternative to establishing corporate communication in remote places.

For the worker, it represents flexibilities and improvements in mobility and for the company, it means productivity, lower infrastructure costs, and better use of work.

All this is possible thanks to the advantages of using VPN connections (Virtual Privacy Network or Virtual Private Network) for business purposes. This type of network, as its name expresses, is a form of secure interconnection between different geographically separated networks, through a shared public network such as the Internet.

One of the biggest advantages of using VPN connections in corporate settings is the high level of security they offer. Virtual private networks create encrypted connections through a tunnel that allows the transfer of encrypted data to maintain its confidentiality and authenticity. To do this, it makes use of various authentication technologies and security protocols such as IPSec, L2TP, and SSL/TLS.

And what is even better, virtual private networks only allow authorized devices to connect, through authentication certificates, encrypted keys, and established passwords. In this way, the data that passes through the virtual private network is totally protected, since the passage of unwanted access is blocked.

The use of VPN has become an extremely effective topic to reduce the expenses in security and administration of the network. In addition, your company can save a lot of money in the investment of network equipment and services.

Network virtualization is emerging as an optimal solution to extend the capabilities and infrastructure of corporate networks. VPN connections are increasingly used to connect, for example, different geographical locations of the same company, thus forming a wider area network. This is an excellent way to expand the reach of networks, as business applications are not limited to just one exclusive site.

However, a correct implementation of the VPN for business purposes brings countless benefits, although to achieve this it is necessary to optimally establish security policies, correct key management and data encryption so that there are no unexpected consequences. that prevent the proper functioning of the computer networks of your business.

This connection can be by remote access, by wired connection, by means of a term called Tunneling (Tunnel by SSH) or by internal network (LAN). Therefore, below we explain a little about what each connection means:

The remote access connection is perhaps the most used method, since it allows shortening the distances that the teams involved could have, which in the same way use the Internet as an extension of encrypted service where users can access and communicate.

The wired connection is more used for the transmission of information within an office or headquarters of any company, its operation is more expensive than the remote access connection since it is necessary to establish a highway of cables that are distributed by all the nodes and in turn, reach servers or the central internet feed.

Tunneling refers to the creation of a navigation tunnel within another VPN connection, it is also called an encapsulating network protocol, this allows the creation of new connections to the private network within the existing ones, for example, to redirect IP without modifying its content, you can also send information simultaneously to different teams.

LAN connection, it works as a network connection filter, for example, information of great importance to a company that only the owner of the area has the possibility of obtaining, but that can also be transmitted with other equipment via VPN, this too allows you to further secure Wi-Fi connections.

In short, the virtual private network works as a “connector” for more than two computers that are equidistant from which you can only have access through a username and password that will be determined when the system is created; the way in which the VPNs work will determine which one you should use, but in the end, they have the same pattern.

2022-08-20
Previous Post: We explain what a VPN is and what it is used for?
Next Post: What is Finance in Accounting